State Sen. Scott Wiener, who authored Senate Bill 866, announced he will not put his teen vaccine consent bill up for a vote in the California Assembly because it does not have enough support to pass. 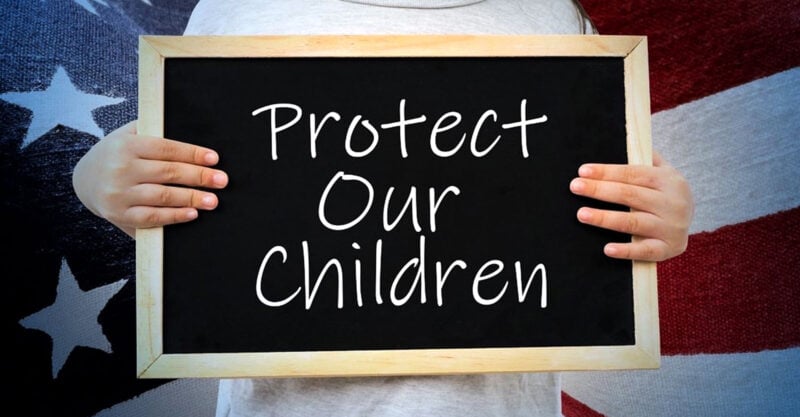 A bill that would have allowed California children ages 15 and older to be vaccinated without parental consent went “inactive” Wednesday.

State Sen. Scott Wiener (D-San Francisco), who authored Senate Bill 866 (SB 866), announced he will not put the measure up for a vote in the California Assembly because it does not have enough support to pass.

Wiener said in a statement the bill, which would have lowered the age of consent for all vaccines — including the COVID-19 vaccine — to 15, was “several votes short of 41” needed to pass, with no “viable path for these final few votes.”

He also tweeted his response regarding the outcome of the bill:

We’re close but a couple votes short on our teen vaccine bill (SB 866) on the Assembly floor. We’re thus moving the bill to inactive.

The anti-vaxxer harassment campaign worked this time, at the expense of teen health. We lost this round but aren’t going anywhere.

While Weiner attributed the bill’s failure to a “small” but highly vocal and organized “minority of anti-vaxxers,” many Californians said the bill faced growing bipartisan opposition.

“The tide has officially turned in California,” Nicole Pearson, attorney and founder of Facts Law Truth Justice, told The Defender in response to Weiner’s announcement.

“What happened Wednesday was not the product of a minority, fringe, extremist group. It was the result of thousands of tireless hours of millions of Californians uniting, educating and empowering each other, and rising up together to take our seats at the political table where we belong and have the right to be.

“It was the product of measured, respectful, informed, consistent efforts from Californians from all political, religious, racial and professional backgrounds, meeting with their elected representatives to educate and inform them and ensure that they represent and protect the will of the people.

“While we as lawyers — and doctors, nurses, teachers, parents, concerned citizens and human beings — still have a tremendous amount of work to do to truly turn our state around, today marks a tremendous moment in California history. Today marks the day that we know that we have the power and right to turn our communities into exactly what we want them to be.”

Pearson noted the efforts of Tara Thornton and Denise Aguilar of Freedom Angels “who held the line every single day the last three weeks of the legislative session to ensure we were maintaining and fostering relationships with legislators, and to keep a close track of the temperature and movement at the capitol. Without their relentless, tireless, thankless, and selfless efforts and insights, we would not have achieved the success we did today.”

In response to Wednesday’s news, Thornton and Aguilar tweeted this joint statement:

“It’s long been said that California Democratic state legislators are not for sale; Pharma owns them all and will not sell.

“We beat Big Pharma on its home turf. If we can win in California, we can protect kids everywhere.”

SB 866 was one of a handful of bills introduced by a group of Democratic lawmakers who called themselves the Vaccine Work Group and sought to “determine the best approaches to promote vaccines” as a response to the COVID-19 pandemic while “battling” misinformation.

However, many Californians felt that SB 866 was more about generating profits for pharmaceutical companies than about stopping disease and disseminating accurate information.

In its original form, SB 866 would have allowed children ages 12 years and older to “consent to vaccination when the vaccine is approved by the U.S. Food and Drug Administration and meets the recommendations of the Advisory Committee on Immunization Practices of the Centers for Disease Control and Prevention,” according to the bill’s official fact sheet.

After the original bill was met with stiff resistance, California lawmakers amended the bill in June by raising the proposed consent age from 12 to 15 years in hopes of garnering more support — but raising the consent age to 15 did little to nullify many individuals’ concerns.

A Voice for Choice Advocacy — one of the many California citizen organizations that opposed the bill — said on its website that if passed, SB 866 would “create an environment where pharmaceutical companies can coerce minors into getting vaccines with incentives and bribes.”

“It does not account for minors with exceptional needs who are not capable of making informed medical decisions on their own,” the group said.

Moreover, minors may not know their full medical history and the potential risks, the group pointed out, and parents may not know what’s wrong if their child has an adverse reaction.

“As a father of four younger daughters, I would appreciate being a part of this process for them, and believe all parents should have the right to be a part of it as well for their own children,” he said.

Some said the bill would set up a situation for children injured by a vaccine to not be able to receive compensation.

“As exemplified by the National Childhood Vaccine Injury Act of 1986, sometimes serious vaccine injuries do occur and over $4.75 billion in compensations have been awarded for vaccine injury complaints which were filed within the three years of injury or two years of death statute of limitations.

“Furthermore, only a parent or legal guardian is legally able to petition for compensation for a minor’s vaccine injury, and this would be thwarted if SB 866 passes.”

Under current California law, a parent must consent to their child being vaccinated. An exception exists for vaccines aiming to protect against sexually transmitted diseases — such as the human papillomavirus and hepatitis B vaccines — which do not require parental permission for children 12 and older.

Although SB 866 has been declared dead, the fight in California over vaccine legislation is far from over.

According to PERK, an organization focused on educational rights, medical freedom, parental sovereignty and advocacy that fought SB 866, California lawmakers introduced 10 bills in 2022 — one of them being SB 866 — that “build on each other to create a state where you will not be able to learn, work, play or live without showing proof of vaccination.”

Five bills have been halted, and five others currently sit on Gov. Newsom’s desk.