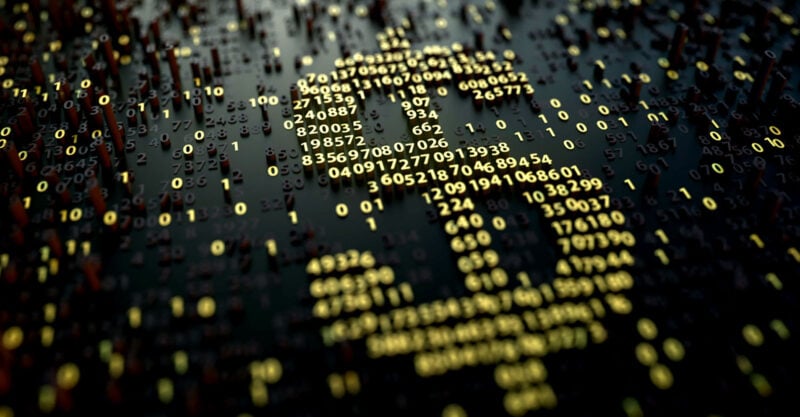 The Federal Reserve Bank of New York announced that it would be teaming up with global financial giants to launch a 12-week digital dollar pilot program.

The New York Fed’s experiment will review how banks are able to process digital dollar tokens within the central bank system and quantify their impact, with the assistance of some of the largest financial institutions in the world.

Citigroup, HSBC Holdings, Mastercard and Wells Fargo & Co. were among the major banks said to be participating in the trial, which was led by the Fed’s New York Innovation Center (NYIC), according to a press statement on Nov. 15.

The announcement was made shortly after news of the FTX scandal broke, which has shaken consumer confidence in digital currency and blockchain transactions.

“The NYIC looks forward to collaborating with members of the banking community to advance research on asset tokenization and the future of financial market infrastructures in the U.S. as money and banking evolve,” said Per von Zelowitz, director of the NYIC.

Some analysts view the pilot as a sign that key financial institutions still have confidence in the use of this technology.

Cryptocurrency and blockchain technology have become major factors in the financial world over the past decade, after initial skepticism from mainstream institutions.

Although private cryptocurrencies and stablecoins have been in a deep decline since peaking a year ago, the technology behind digital tokens has attracted interest from both private financial institutions and central banks across the globe.

Central bank digital currencies (CBDCs) are the digital token format of fiat money issued by central banks and could be exchanged between financial institutions to improve existing clearing and settlement processes.

Official acceptance by the Federal Reserve of digital dollar tokens could possibly improve the efficiency and speed of the global financial system.

Michelle Neal, head of the New York Fed’s Markets Group and an Executive Committee member, told Reuters that the use of a central bank digital dollar could speed up the settlement time in currency markets.

Many central banks around the world have already announced that they were developing or considering the future use of digital currencies by the public, including issuing their own CBDCs.

At least 112 countries, representing more than 95% of global GDP, are exploring a CBDC, according to the Atlantic Council.

The three-month project, which the New York Fed calls the regulated liability network, or RLN, will be conducted in a test environment using only simulated data, reported Reuters.

The RLN program will simulate digital money representing the deposits of the banks’ customers and settle them through simulated Fed reserves on a shared distributed ledger.

The participants will suggest further improvements at end of the program to assess how the use of digital currency could become a feasible possibility in the future.

“The [project] will also test the feasibility of a programmable digital money design that is potentially extensible to other digital assets, as well as the viability of the proposed system within existing laws and regulations,” according to the press release.

The Fed took its first step toward legitimately considering the use of CBDCs in January, after releasing a discussion paper on the subject and opening a four-month discussion period to receive input from the public.

The paper said that a CBDC could streamline international transactions and further maintain the U.S. dollar’s dominant role as the world’s reserve currency and prevent rival digital currencies from becoming more popular.

Beijing has been working on a digital yuan project for years, with the intention of forcing its citizens to pay for goods and services without physical currency and integrating it into its social credit score system.

“We look forward to engaging with the public, elected representatives, and a broad range of stakeholders as we examine the positives and negatives of a central bank digital currency in the United States,” said Fed Chairman Jerome Powell after the release of the paper.

In the past, Powell has stated that he was “legitimately undecided on whether the benefits outweigh the cost or vice versa on a CBDC,” but that his “mind is open” to the concept.

He said that any development of a digital currency by the Federal Reserve would require congressional authorization and broad support from the public.

The New York Fed said that the findings of the new pilot project will be released after the 12-week test concludes.

It also stated that the pilot program was not intended to advance any specific policy outcome or suggest that the Fed would make a major decision on whether to institute a CBDC in the near future.

Back in September, Secretary of the Treasury Janet Yellen said the United States needed to be prepared to launch a CBDC if necessary.

“Right now, some aspects of our current payment system are too slow or too expensive,” Yellen said.

However, many critics are concerned that a digital currency maintained by a central authority could lead to a loss of privacy, similar to what is being planned by the Chinese Communist Party (CCP).

“Without privacy, blockchain is a perfect tool for warrantless financial surveillance. Let’s not kid ourselves by pretending otherwise,” stated Paul Grewal, the chief legal officer of Coinbase, in a tweet last month.

A digital dollar would not be anonymous, admitted Powell, which has called into question the implementation of such a system, as it could only be introduced if it were linked to a digital ID system.

“We would be looking to balance privacy protection with identity verification, which has to be done, of course, in today’s traditional banking system as well,” he said while attending an event at the Banque de France on Sept. 27.

Since digital IDs would obviously be attached to a person’s financial transactions, as well as their social media activity, they could be used by both public and private organizations to deny access to certain services.

The CCP is attempting to integrate its digital currency with its social credit system, which can decide which financial transactions are granted to citizens based on their compliance with party rules.

The World Economic Forum, meanwhile, has been encouraging governments around the world to link digital IDs and digital currencies to compliance with carbon footprint use, social media commentary and COVID-19 vaccine compliance, all in the name of safety.

Sen. Ted Cruz (R-Texas), along with two other Republican senators back in March, introduced a bill, to prohibit the Federal Reserve from issuing CBDCs directly to individual Americans, due to concerns that it could end up being used as a financial surveillance tool by the state.

“This bill goes a long way in making sure big government doesn’t attempt to centralize and control cryptocurrency so that it can continue to thrive and prosper in the United States,” said Cruz.

Bryan Jung reports for The Epoch Times. He is a native and resident of New York City with a background in politics and the legal industry. He graduated from Binghamton University.