According to a study in the Journal of Autism and Developmental Disorders, the U.S. is facing a “tsunami” of future autism cases and ever-increasing costs. Those costs will shift permanently onto federal and state governments as parents of the epidemic’s first generation begin to die. 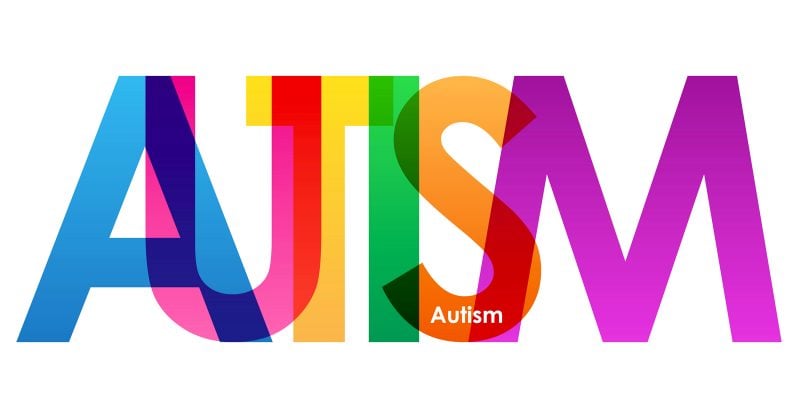 We calculated future autism annual costs until the year 2060 by looking at four factors:

The study, published July 18 in the Journal of Autism and Developmental Disorders, makes five important contributions to our understanding of the societal costs of the autism epidemic. 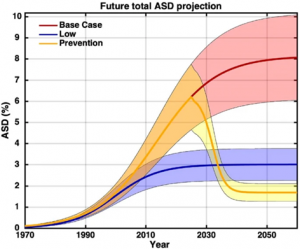 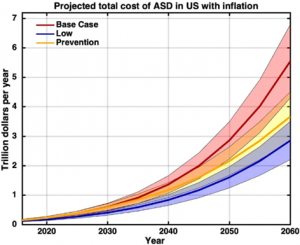 According to the study, governments are not planning now for how they will meet this unprecedented challenge in the future.

“Parents know first-hand about the enormous costs of autism,” said lead author Mark Blaxill. “And we worry about what will happen to our kids after we are gone. In every scenario, governments need to raise trillions of dollars in new revenue to pay for services and figure out what is causing the autism epidemic.”

Commenting on the study, Children’s Health Defense President Mary Holland urged elected officials and regulators to “come to the table and work with us in good faith” to keep toxicants out of children’s bodies.

“This study should be a wake-up call to all levels of society,” Holland said. “It’s clear the U.S. is on the road to economic and political disaster if we fail to address the autism epidemic.”