The vaccine maker released updated data showing 74% efficacy instead of 76% after being accused earlier this week of publishing “outdated data.” 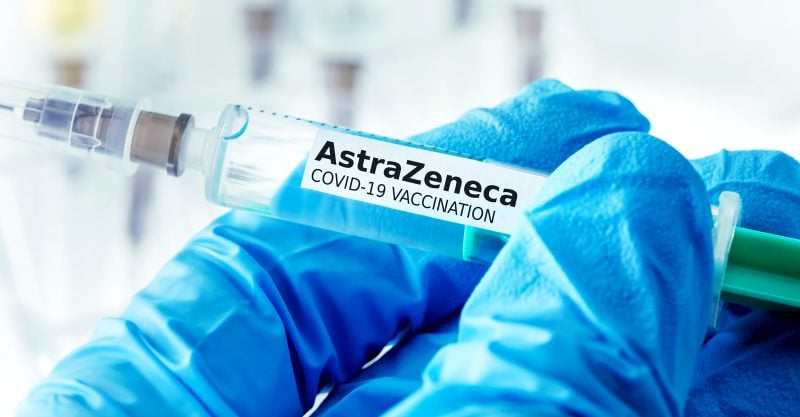 AstraZeneca released updated information on its COVID-19 clinical trial Wednesday evening after it was accused earlier this week by federal scientists and U.S. health agencies of misrepresenting the results of an American clinical trial.

The new analysis showed an efficacy rate of 76% against symptomatic COVID infection instead of the 79% figure released Monday. The estimated efficacy in people over 65 rose slightly, from 80% to 85%, reported Politico.

The vaccine maker said it identified no safety concerns related to the vaccine.

On Monday, AstraZeneca released interim data from a 32,000-person clinical trial conducted in the U.S., Chile and Peru. The company reported that as of Feb. 17, 141 people in the trial had come down with COVID –– the vast majority in the group had received a saline placebo. Among those infected, AstraZeneca’s vaccine was shown to be 79% effective in preventing any symptoms of COVID and 100% effective in preventing severe disease and hospitalizations, according to USA TODAY.

The updated data, which included 190 symptomatic cases, showed the vaccine was less effective and prevented 76% of cases of symptomatic disease two weeks after the second dose, as well as all severe diseases and hospitalizations.

Eight trial participants developed severe COVID, all of whom received a saline shot instead of an active vaccine. But 14 cases of possible or probable infection have yet to be fully examined, so the figures may change slightly, the company said.

The Data Safety and Monitoring Board (DSMB) had questioned why AstraZeneca used “outdated information” from an interim analysis of trial data in mid-February, rather than more up-to-date results showing slightly reduced efficacy, according to a statement from the National Institute of Allergy and Infectious Diseases (NIAID).

“The issue that the DSMB had is straightforward and very simple: The DSMB had data that they know the company had. When they saw the press release, they said, ‘wait a minute — the data in the press release do not reflect the most recent data that we know you have,'” NIAID Director Dr. Anthony Fauci said at the time.

AstraZeneca defended itself by saying the latest data were still “consistent” with what it had shared, reported Politico.

This latest twist created another layer of uncertainty for a product already facing dwindling support in Europe following months of confusion and missteps. The repeated blunders risk further eroding public confidence in the vaccine, according to Bloomberg.

“The difference between 76% and 79% is a rounding error, probably just a handful of cases,” said Paula Cannon, a professor of molecular microbiology and immunology at the University of Southern California’s Keck School of Medicine. “But it’s so important for us to be completely transparent and accurate because we are building public trust.”

AstraZeneca, which developed its vaccine in collaboration with scientists at Oxford University, has experienced repeated scrutiny over its clinical trials and safety data beginning with the first data released in the UK, where the company purported to inflate the efficacy of its vaccine while ignoring a manufacturing mistake and failing to include enough participants over 65 to determine efficacy among older patients.

Several European governments, including Germany and France, initially limited the shot to people under the age of 65 and the U.S. suspended its clinical trial — the same clinical trial whose results are at issue — due to neurological problems reported in a UK trial participant.

On March 20, more than 20 countries suspended use of AstraZeneca’s COVID vaccine after numerous reports of rare blood clots, some resulting in death, in healthy people who received the vaccine.

EU regulators said last week the vaccine was safe and effective and encouraged countries to use it, but Europeans remain skeptical about its safety. Canada on Wednesday said the vaccine was safe but added a warning to the label about rare blood clots, reported Reuters.

Last week, two independent research teams in Norway and Germany identified antibodies associated with the immune response that caused the type of blood clots experienced by some people who received AstraZeneca’s vaccine. As a result, France, Denmark, Norway, Sweden and Finland have not lifted their restrictions on the vaccine’s use, according to The British Medical Journal.

Now that the results of AstraZeneca’s U.S. trial have been released, the company plans to seek Emergency Use Authorization from the U.S. Food and Drug Administration by mid-April, reported Politico.

The latest results still place AstraZeneca well above the FDA’s bar for authorizing a COVID vaccine — 50% efficacy — for adults and the elderly. If approved in the U.S. AstraZeneca would become the fourth available vaccine stateside, joining Moderna, Pfizer and Johnson & Johnson.