A U.S. appeals court on Wednesday refused to reinstate a vaccine mandate for federal employees, declining to overturn a ruling by a federal district court that had frozen the policy and setting the stage for a Supreme Court battle. 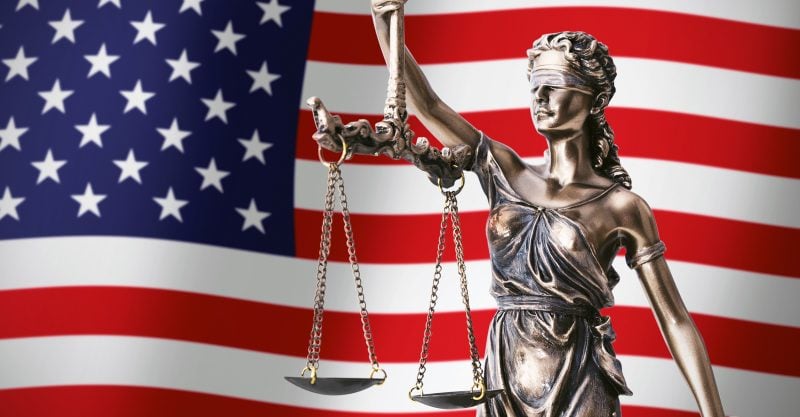 In another judicial defeat for the Biden administration, a U.S. appeals court on Wednesday refused to reinstate a COVID vaccine mandate for federal employees, declining to overturn a ruling by a federal district court that had frozen the policy.

The 5th Circuit Court of Appeals, in a 2-1 vote, declined to issue a stay against the injunction issued Jan. 21 by the U.S. District Court for the Southern District of Texas-Galveston division.

Instead, both parties to the case were requested to file arguments in March.

In its ruling in the Feds for Medical Freedom et al. v. Joseph R. Biden et. al. lawsuit, the 5th Circuit did not include an explanation.

Feds for Medical Freedom, a grassroots organization with about 6,000 members throughout the federal civil service, in December 2021 filed a lawsuit against the Biden administration and several federal agencies in December 2021.

Other parties to the lawsuit include AFGE Local 918, a union representing employees in the Federal Protective Service and the Cybersecurity and Infrastructure Security Agency, and several other individuals and federal contractors.

In their lawsuit, the groups sought to block two COVID vaccine mandates: one covering federal employees and the other for federal contractors.

In its initial ruling, the district court declined to rule on the contractor portion of the lawsuit, as that mandate is already subject to a separate nationwide injunction issued by a Georgia court in December 2021.

Although the 5th Circuit, in upholding the lower court’s ruling, declined to explain its reasoning, it did state it would expedite review of the case and the Biden administration’s request to place the district court’s ruling on hold would be “carried with the case” — meaning the appeals court would not rule on that request until a more thorough review of the case was conducted.

The vaccine mandate for federal workers, issued in a Sept. 9, 2021 executive order, required workers to receive COVID vaccines by Nov. 22, 2021 or face disciplinary action or termination. It applied to an estimated 3.5 million federal workers.

The executive order also removed the option for workers to apply for a medical or religious exemption.

In the original 20-page ruling by the lower court, U.S. District Judge Jeffrey Brown found the president and his administration do not have the authority to impose such a mandate.

Lawyers for the government had argued federal law permits the president to “prescribe regulations for the conduct of employees in the executive branch,” and that the act of getting vaccinated falls under this definition of “conduct.”

The plaintiffs, however, claimed the conduct in question must fall under the specific definition of “workplace conduct” in order to be regulated by the president. As such, the plaintiffs argued Biden “acted beyond his lawful delegated authority” in issuing the mandate.

Brown, in his ruling, agreed with the assertion that the conduct did not fall under the definition of workplace conduct.

Brown also sided with the plaintiffs on the issue of “irreparable harm,” stating federal employees would meet that legal standard if faced with a choice between “violating a mandate of doubtful validity or consenting to an unwanted medical procedure that cannot be undone.”

As disciplinary actions against non-vaccinated federal employees were set to begin as soon as Jan. 21, Brown found this placed those employees at risk of “imminent harm” and required that his order take effect on that day.

Brown questioned the president’s power to mandate federal employees undergo a medical procedure as a condition of their employment, writing in his decision:

“This case is not about whether folks should get vaccinated against COVID-19 — the court believes they should. It is not even about the federal government’s power, exercised properly, to mandate vaccination of its employees.

“It is instead about whether the president can, with the stroke of a pen and without the input of Congress, require millions of federal employees to undergo a medical procedure as a condition of their employment.

“That, under the current state of the law as just recently expressed by the Supreme Court, is a bridge too far.”

The ruling by Brown also extensively referenced the Jan. 13 U.S. Supreme Court decision which effectively struck down the Occupational Safety and Health Administration’s (OSHA) vaccine mandate for private companies with 100 or more employees.

Brown found the Supreme Court’s decision made it clear a federal agency can impose workplace safety standards, but not public health measures:

“So, is submitting to a COVID-19 vaccine, particularly when required as a condition of one’s employment, workplace conduct? The answer to this question became a lot clearer after the Supreme Court’s ruling earlier this month.

“… [the law] authorizes the president to regulate the workplace conduct of executive-branch employees, but not their conduct in general. And in NFIB [the court case against the mandate for private corporations], the Supreme Court specifically held that COVID-19 is not a workplace risk, but rather a ‘universal risk’ that is ‘no different from the day-to-day dangers that all face from crime, air pollution, or any number of communicable diseases.

“The Supreme Court has expressly held that a COVID-19 vaccine mandate is not an employment regulation. And that means the President was without statutory authority to issue the federal worker mandate.”

Brown further stated his ruling would be applicable to all federal agencies nationwide, as it would be overly complicated to selectively block enforcement of the mandate only for the specific plaintiffs involved in the lawsuits or the particular agencies they are employed by.

Specifically, Brown’s ruling is applicable to federal civilian employees but is not applicable to a separate vaccine mandate issued for uniformed members of the military, which is facing a number of other lawsuits.

Brown added there was a high likelihood the employees in question would be terminated if the mandate was not blocked:

“The court does not have to speculate as to what the outcome of the administrative process will be. Many plaintiffs have not only declined to assert any exemption but have also submitted affidavits swearing they will not. The court takes them at their word.

In his dissent, District Court Judge Stephen A. Higginson wrote:

“Today, our court too refuses to rule. Thus, a presidential order affecting millions of federal employees has been enjoined nationwide, yet two separate federal courts have failed to rule on the Government’s emergency request for a stay.

“The only court that can now provide timely relief is the Supreme Court.”

“Today’s decision by Judge Brown is a victory for the thousands of men and women who want to serve their government without sacrificing their individual rights.”

“The 6,000+ members of Feds for Medical Freedom want nothing more than to continue their service to this country without being subjected to unconstitutional mandates.

“For the time being, the court’s ruling grants them that wish, but the fight is far from over. We will continue to pursue every lawful avenue available to ensure our members’ rights are respected and their service is honored appropriately.”

Following the lower court’s decision, the U.S. Department of Justice (DOJ) appealed the ruling, leading to the Feb. 9 decision by the Fifth Circuit.

The DOJ also separately challenged the injunction of the mandate for federal contractors.

As implied by Higginson in his dissent, legal observers believe the case is now likely to reach the Supreme Court.

The White House claimed, as of Jan. 21, 98% of federal employees had been vaccinated.