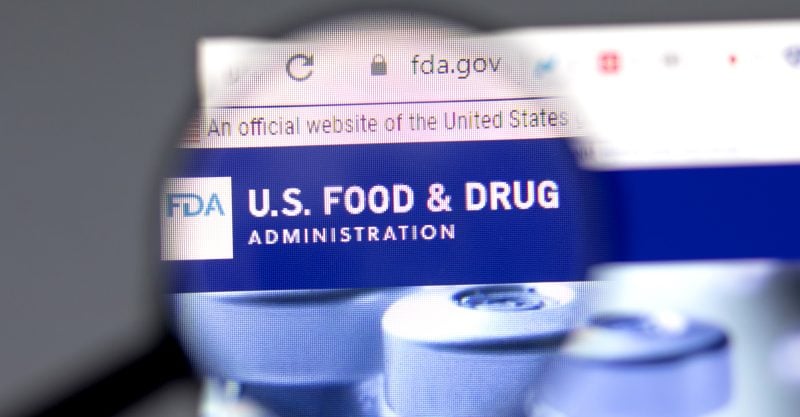 Two of the U.S. Food and Drug Administration’s (FDA) top vaccine regulators will leave the agency this fall, raising questions about the Biden administration and the way it sidelined the agency.

Gruber and Krause were upset about the Biden administration’s recent announcement that adults should get a COVID booster eight months after they received a second shot, people familiar with the decision told The New York Times.

Neither believed there was enough data to justify offering booster shots yet, the sources said, and both viewed the announcement, amplified by President Biden, as pressure on the FDA to quickly authorize them.

Officials within the FDA were stunned by the news, CNN reported. One source described it as a “big loss” for the FDA and noted it caught leadership off guard.

Marks said he would serve as the acting director of the vaccines office while the agency searched for its next leader.

FDA Spokeswoman Stephanie Caccomo said the agency was “confident in the expertise and ability of our staff to continue our critical public health work.”

However, a former senior FDA leader told Endpoints News, Gruber and Krause are departing because they’re frustrated the Centers for Disease Control and Prevention (CDC) and its advisory panel — the Advisory Committee on Immunizations and Practices (ACIP) — are involved in decisions they think should be up to the FDA.

The source said he heard Gruber and Krause were upset with Marks for not insisting those decisions be kept inside the FDA, and with the White House for getting ahead of FDA on booster shots.

“These two are the leaders for biologic [vaccine] review in the U.S.,” wrote Rick Bright, former director of the Biomedical Advanced Research and Development Authority, weighing in on the news. “They have a great team, but these two are the true leaders of CBER. A huge global loss if they both leave,” Bright said.

“Dr. Gruber is much more than the director,” Bright added. “She is a global leader. Visionary mastermind behind global clinical regulatory science for flu, Ebola, Mers, Zika, Sars-CoV-2, many others.”

When asked about the departures during a briefing on Tuesday, White House COVID Response Team Coordinator Jeff Zients did not directly answer whether he was concerned the departures could affect the level of trust in the FDA’s process, CNN reported.

Zients said the White House was “grateful for the tireless work of the senior team and the whole staff at FDA.”

As The Defender reported earlier this month, the Biden administration announced a plan to begin offering a third booster dose to people who already received two doses of an mRNA vaccine beginning the week of Sept. 20.

The White House cited Israeli data arguing that vaccines’ protectiveness wanes over time, while Dr. Rochelle Walensky, director of the CDC, said at a recent press briefing “protection against severe disease and hospitalization is currently holding up pretty well” for people who received two doses.

Still, the White House has moved forward with its plan to make Americans eligible for a third dose of either Pfizer or Moderna’s vaccines eight months after the date of their second injection, even though that plan requires authorization from the FDA and CDC first.

“With 50% of its overall budget and 75% of its drug-testing budget coming from industry, the FDA long ago won its notoriety as the most corrupt and pliable of all federal agencies,” said Children’s Health Defense Chairman Robert F. Kennedy, Jr.

“Now, the White House has torn away its last shred of integrity by ordering top regulators to put politics before science.”

Kennedy said “it’s ironic” that Biden’s team is now “manhandling” the FDA in exactly the same manner they loudly condemned Trump when he pummeled the CDC into bypassing the process and evidence in order to rush out a mass vaccine drive, “with a partially tested product of dubious efficacy to serve political purposes.”

FDA and CDC frustrated over vaccines

A source familiar with the situation at the FDA told CNN there have been frustrations within the agency when it comes to vaccines.

According to the source, one issue centers around concerns that the CDC and its advisory committee have swerved into the FDA’s lane when it comes to vaccines.

However, the largest issue seems to be that by setting a goal for boosters, the “White House is getting ahead of where the science is and prejudging what the FDA would say.”

Members of the CDC’s ACIP during a meeting Monday also voiced frustration with the Biden administration’s plan to begin rolling out COVID boosters next month, arguing the announcement got ahead of federal regulators and could exacerbate vaccine hesitancy.

CDD said it endorsed its advisory committee’s “recommendation for use of the Pfizer licensed vaccine for people 16 and older,” despite statements by FDA that the Pfizer vaccine is still authorized only for emergency use.https://t.co/RmWwo9ykEe

CDC committee members made clear they were irritated the announcement by the Biden administration came before federal regulators and scientists formally endorsed booster doses, Politico reported.

The ACIP debated the need for boosters during the meeting, saying the data supporting wide distribution was limited. A presentation by Dr. Sara Oliver suggested the panel may limit its initial endorsement of extra shots to vulnerable groups and healthcare workers.

“That kind of opened the door to a lot of confusion,” said Dr. Sandra Adamson Fryhofer of the American Medical Association during the panel’s discussion of booster doses.

“Many, many, many” hospitals across the South have already begun administering third doses to their healthcare workers amid an explosion of COVID cases linked to the Delta variant, said Helen Keipp Talbot, an ACIP committee member and associate professor of medicine at Vanderbilt University.

“I think since it was given with a date, many assumed that it was given a blessing by the White House and this was the next step,” Talbot said, adding that those providers have “now put themselves at risk” by immunizing individuals outside FDA and CDC recommendations.

Demetre Daskalakis, who’s been detailed to CDC’s COVID response group, warned committee members that healthcare providers who don’t follow federal guidance on how the vaccines should be administered may expose themselves to liability when seeking reimbursement from the federal government.

According to CDC data, 955,000 Americans have received additional vaccine doses, though it’s unclear how many of those were technically authorized.

“Normally, what you do is lay out the data first, and then say how the data supports the decision,” said Dr. Jesse Goodman, who served as the FDA’s chief scientist for four years during the Obama administration.

“When the White House made its announcement on booster shots, it did essentially the opposite,” Goodman told STAT. “This was a serious mistake in how it was handled.”