The number of children living in extreme poverty is expected to skyrocket by the end of the year, with 122 million to 142 million more children's families unable to make ends meet. Many of those families could find themselves offering their young daughters for marriage in the coming years. 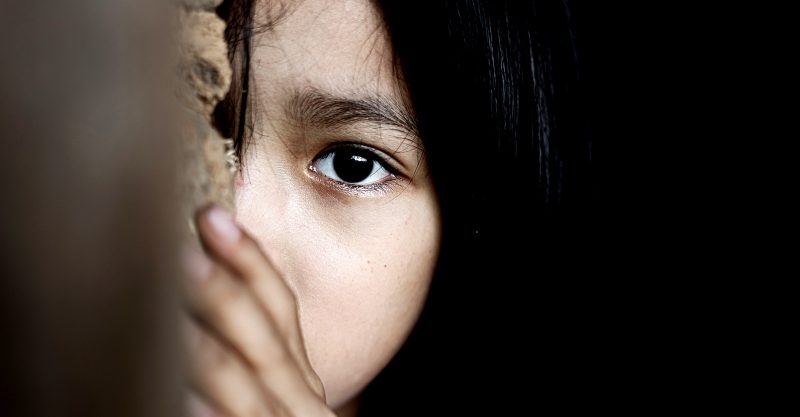 International children’s rights advocates warned Monday that child marriage is on the rise in poor countries around the world, with the UN estimating that the coronavirus pandemic and the economic hardships it’s caused could ultimately drive families to marry off 13 million more girls than they did before the international crisis began.

The news comes after years of progress in the fight against child marriage, which desperate families often turn to in developing countries in order to obtain a dowry for their daughters and save money by shifting the responsibility for feeding and clothing a young girl to the family of her new husband, who is often many years older than the girl. In return, young brides often take over farm and household work for their new husband’s families, as well as being expected to bear children at a young age.

“In no situation is it consensual,” UNICEF, the U.N.’s children’s aid agency, tweeted earlier this month as part of the UN’s 16 days of activism to end violence against women and girls.

Child marriage threatens the lives, well-being and futures of girls around the world. In no situation is it consensual.

Speak out for women and girls’ rights during the #16Days of Activism, and every day. #GenerationEquality @UN_Women pic.twitter.com/TBAHW1hZoG

Earlier this year, the global charity Save the Children issued a report warning that 2020 would see an estimated half million girls under the age of 18 forced into marriages and as many as 1 million more would become pregnant as a result of the government lockdowns and other economic impacts of the pandemic.

The expected increase “represents a conservative estimate,” Save the Children said, as child marriages are often not reported to authorities and are shrouded in secrecy.

According to UNICEF, the number of children living in extreme poverty is expected to skyrocket by the end of the year, with 122 million to 142 million more children’s families unable to make ends meet. Many of those families could find themselves offering their young daughters for marriage in the coming years.

Most child marriages are expected to take place in African and Asian countries, with many also reported in the Middle East.

UNICEF noted that child marriages in refugee camps are on the rise this year, including in Jordan, where only about 10% of girls under 18 were married before the pandemic. The number is growing due to the desperation of families in Palestinian and Syrian refugee camps.

“Sadly, we have seen an increase in child marriage in refugee camps since the beginning of the pandemic as families struggle to cope,” Tanya Chapuisat, the UNICEF representative for Jordan, told the Associated Press.

COVID-19 has disrupted schooling for an estimated 1.6 billion children worldwide, according to Save the Children.

“Experience during the Ebola outbreak suggests many girls will never return due to increasing pressure to work, risk of child marriage, bans on pregnant girls attending school, and lost contact with education,” the group said. “Risks are especially high for girls without distance learning options.”

The UN Entity for Gender Equality and the Empowerment of Women on Monday noted that even as schools begin to reopen in some places, girls are less likely to return to their education than boys. One of the top concerns among advocates in the fight against child marriage is that it pulls girls away from their formal schooling forever.

Schools around the world are reopening after #COVID19 lockdowns, but girls are less likely to return than boys.

We can’t let the pandemic rob girls of their right to education! pic.twitter.com/wkEAaVwV8a

In South Asian countries, authorities told the AP that it’s difficult to count the number of children being forced into marriages. ChildLine India learned of 5,214 child marriages in just four months, between March and June 2020, when the country was locked down. But the tally is “considered to be a vast undercount,” according to the AP.

In Sierra Leone, First Lady Fatima Maada Bio has made it her mission to stop child marriage through her “Hands Off Our Girls” campaign, which has won endorsements from other leaders across Africa. Between 2006 and 2017, the rate of child marriage dropped from 56% to 39% in Sierra Leone. But according to the AP, child marriages have “accelerated” since schools closed in March and girls returned home to their parents.

“Early marriage in all forms is legalized rape,” Bio, who escaped her home and fled to the UK as a teenager when her parents tried to force her into a marriage, told the AP.

Amid the pandemic, Bio’s campaign has been forced to reduce its outreach efforts.

“I believe that a whole lot of girls would have gone through early marriage silently because movements were restricted and we can’t reach them,” Bio told the AP.