Are Bill Gates and the WEF Truly ‘Woke,’ or Have They Just Found the Perfect Propaganda for the ‘Great Reset’? 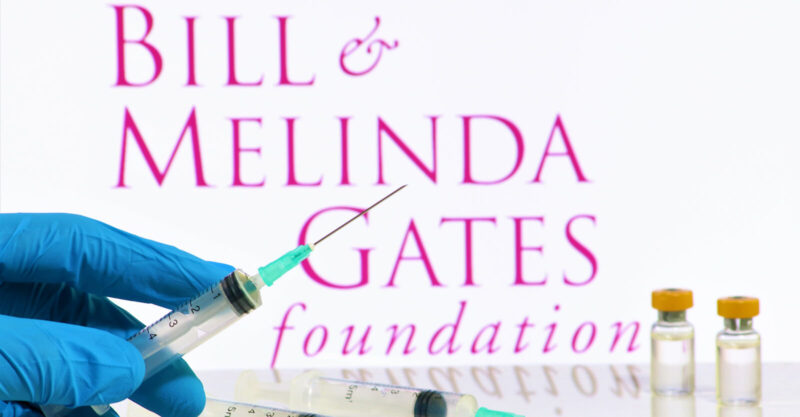 Bill Gates and the WEF have co-opted the language of social justice and inclusion to their vision for humanity’s future — but is that vision really equitable — is it really even democracy?

Modern-day robber barons, like Bill Gates and his billionaire class, have extended their control beyond our personal data and privacy, natural and mineral resources, scientific discovery and human labor. They have now captured even the very language of “social justice” — including corollary notions of “inclusion” and “equity.”

In this acquisition of cultural capital, the global elite, as embodied in the World Economic Forum (WEF) and its confederates, have hijacked progressive messaging and inserted their own agenda under its veil.

Klaus Schwab, founder of the WEF and proponent of the gospel of “Stakeholder Capitalism,” the title of his 2021 book, devotes a chapter to “Communities,” wherein he extols the need “to invite representatives of these advocacy groups or minorities to the table … to take concrete action toward social justice … as it is no longer acceptable to leave anyone behind.”

One might surmise, then, that it was once perfectly acceptable to leave people behind — perhaps not so long ago — more on this in a moment.

Schwab’s sleight of hand is not a new one. John D. Rockefeller, the patriarch of the Rockefeller dynasty, set the template in the early 20th century for rebranding avaricious, corporate cannibalism into something less revolting through his use of philanthropy and the language of societal uplift. For example, facilitating the ascendance and dominance of allopathic medicine and shaping the field of public health has been a special focus of The Rockefeller Foundation.

Ostensibly in keeping with its “mission,” The Rockefeller Foundation in 2010 coproduced a foreboding report, “Scenarios for the Future of Technology and International Development.” The document included a scenario called “Lock Step” — a simulation nonchalantly featuring “top-down government control and more authoritarian leadership” in response to a pandemic.

Bill Gates has followed a similar trajectory as the Rockefeller patriarch, attempting to lessen the bad press and nasty congressional investigations that sometimes accompany obscene wealth.

Philanthrocapitalism, i.e., using a business model in the realm of philanthropy, perhaps more accurately defines how philanthropy actually functions, which allows Gates and friends to leverage influence over institutions in civil society through philanthropic maneuvering that conveniently supports more accumulation of wealth in their for-profit ventures.

For example, journalist Alan Macleod has reported that the Bill and Melinda Gates Foundation has spent over $300 million to fund media outlets across the globe, including such “trusted” sources as CNN, NBC, NPR, PBS, The Atlantic, the BBC, The Guardian, The Financial Times, The Daily Telegraph, Le Monde, Der Spiegel, El País, Al Jazeera and many others.

Macleod writes that Gates funding also goes to “directly train journalists … in the form of scholarships, courses and workshops … [and] it is possible for an individual to train as a reporter thanks to a Gates Foundation grant, find work at a Gates-funded outlet, and to belong to a press association funded by Gates. This is especially true of journalists working in the fields of health, education and global development, the ones Gates himself is most active in and where scrutiny of the billionaire’s actions and motives are most necessary.”

The notion of “influencing” may not quite describe this phenomenon as others might simply call it “control,” regardless of the plausible deniability. Gates’s machinations in his for-profit and non-profit ventures work hand in hand. Where does one really end and the other begin?

Gates’s relationship with the WEF goes back at least a quarter-century. The WEF publication “The World Economic Forum: A Partner in Shaping History –The First 40 Years 1971 – 2010” reminds us that Gates “has been a regular Davos [site of the annual WEF meeting] participant since 1996, missing only one year” in that period.

The retrospective celebrates Gates for his support in founding the Global Alliance for Vaccines and Immunization (GAVI) in 2000, an initiative for which he dropped three-quarters of a billion dollars for the first five years “to maintain the world’s commitment to vaccines and immunization, which are essential [emphasis added] to global public health and development, especially for children.”

Gates’ strategic largesse, like that of John D. Rockefeller, has gone a long way to mitigate his image as a monopolist.

The latest Bill & Melinda five-year installment payout of $1.6 billion to Gavi was announced in June of 2020, and in January 2022 the Davos junta reaffirmed that vaccination “equity” is the ticket to a post-pandemic world — note the repurposing of social justice discourse in the phrase vaccination equity.

Now let us return to Schwab and consider not simply the weaponization of the language of social justice — e.g., “equity and inclusion” — but Schwab’s connection to the production of actual weapons of mass destruction.

In a lengthy exposé, “Schwab Family Values,” investigative journalist Johnny Vedmore reported that “while Schwab was on the board [of Sulzer Escher-Wyss in the late 1960s, the company] … began playing a critical role in the development of South Africa’s illegal nuclear weapons program during the darkest years of the apartheid regime. Klaus Schwab was a leading figure in the founding of a company culture which helped Pretoria build six nuclear weapons and partially assemble a seventh.”

Vedmore also revealed that Schwab’s father led the German branch of an earlier incarnation of this Swiss company, which used forced prison labor while it functioned as a military contractor for the Nazi Third Reich, notably receiving an award for being a model company.

Of course, the acquisition by apartheid South Africa of nuclear weapon capability was only one of its worldly transgressions. There was also the thorny problem of apartheid itself, the legal separation and subjugation of the Black South African majority in their own land. One might wonder when it occurred to Schwab that it was now the time “to take concrete action toward social justice,” that it was “no longer acceptable to leave anyone behind?”

One of the salient features of apartheid South Africa was the infamous passbook, essentially an internal passport that Black South Africans were required to carry whenever they ventured outside of their segregated area of residence.

Schwab may have suddenly seen the light concerning the need to allow at least the semblance of civil liberties in South Africa. But why let a good idea like a passbook go to waste? The notion of a passbook appears to have been dusted off and retooled as the digital vaccination passport of the Great Reset.

Curiously, aside from corporate interests, even well-meaning supporters of mass vaccinations have spoken of “vaccine apartheid,” i.e., the supposed lack of access to vaccinations by people in marginalized communities.

The trope of vaccine apartheid is an example of the aforementioned weaponization of notions of social justice in the service of the Big Pharma/Fauci/Gates/WEC agenda. In the context of the U.S., it is a desperate attempt to address so-called vaccine hesitancy in the Black and Latina/o communities. But suspicions among marginalized communities regarding Big Pharma and “public” health are well-founded as demonstrated in the film Medical Racism.

It is clear at this point that COVID vaccinations in the U.S. are accessible to all who are interested. For example, Health and Human Services (HHS) Secretary Xavier Becerra made the following statement on the HHS website: “No matter your zip code, no matter your background, if you’re eligible — there’s a vaccine that’s in reach for you.” Forbes noted in March 2022 that “throughout the pandemic, the U.S. federal government has been a guarantor of free vaccines.”

In June 2022 CNN reported “the U.S. has enough doses to vaccinate everyone as well as the necessary infrastructure to support the rollout. The problem: not everyone wants the shot.”

There is, in fact, no vaccine apartheid except against those who refuse vaccination, and a disproportionate number of these individuals would have been forced to carry a passbook in apartheid South Africa. As Dr. Christina Parks emphatically declared in her speech (3:00:05) at the Defeat the Mandates event in Washington D.C. on January 23rd — “We don’t want their f— vaccine!”

As some have pointed out, recording people’s vaccination status is at least partly pretense, an entry point in an effort to tether individuals and all their private information to a digitized mass surveillance system, a truly modernized version of the passbook.

The fact that billions will be made from the sales of COVID-19 vaccines, as well as from the medical therapeutics that will be necessary for those injured by the vaccines, is but a part of an overall project.

“The World Economic Forum: A Partner in Shaping History” features Schwab as an enlightened visionary seeking solutions to global problems. Via the magic of the WEF, Schwab even hosted Nelson Mandela who had been imprisoned by the South African apartheid state for twenty-seven years. The suggestion, of course, was that Schwab somehow lent a hand in ending the reprehensible apartheid system.

Using the language and sentiment captured from legitimate struggles for social justice, Schwab, and the philanthrocapitalist-industrial complex, are committed to greater and greater ‘equity’, ‘inclusion’— and personal profit and control.

Editor’s Note: This article is the first installment of a multi-part series exploring the interconnecting tentacles of the WEF, philanthrocapitalism, Big Pharma, the broader global elite and the deployment of ideological manipulation, including the culture wars, to both disguise and promote a global agenda.

About the author: Alfredo Heredia is a member of CHD’s inaugural fellows’ program. He holds a master’s of science in counseling and is a Ph.D. student in American studies. He is committed to holistic well-being, including organic non-GMO nutrition, resistance training, mindfulness and prayer. For over a decade Alfredo was the coordinator of a community college tutorial program.

Transhumanism and the Metaverse: Are We Doomed to Live in a Totalitarian Digital Prison?

Learning Suffers When Classrooms Heat Up

4 Times FDA Was Dead Wrong About an ‘Approved’ Drug