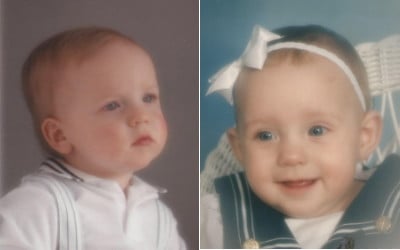 My son and my daughter were born in 1992 and 1993 respectively and both were in excellent health, meeting all developmental milestones on time or ahead of schedule for the first year and a half of life. Both were bright and happy babies who charmed everyone around them with their smiling faces and sunny dispositions. Around the age of 18 months, my son began to undergo drastic personality changes. He would scream and cry for no apparent reason and rarely slept at night or any other time.

We took him to specialist after specialist trying to determine what could possibly have happened to bring about such radical personality changes. After more than a year of professional consultations and evaluations, we still had no clear answers, and then we began to observe similar changes manifesting in our daughter. She started down the same road of numerous evaluations that her older brother had undergone with inconclusive results.

In a story that has become all too familiar to families around the globe, both of my children ultimately ended up with an autism diagnosis. I was being told at the time that autism is a genetic condition which I found perplexing as there was no history of anything remotely resembling what both of my children were experiencing on any branch of the family tree.

Trying to find answers for my kids, I began researching every health topic that I thought might be relevant including lead poisoning. I contacted a leading medical authority on lead poisoning in children who told me that much of what I was describing to him about my kids was consistent with exposure to this neurotoxin. Several tests for environmental lead exposures in and around our home came out clean. However, shortly after this, I came across a paper called Autism: A Novel Form of Mercury Poisoning by Sallie Bernard, Albert Enyati, Lyn Redwood, Heidi Roger and Teresa Binstock that forever altered the direction our family’s life would take.

It’s an understatement to say that I was shocked to learn that a substance as highly toxic as mercury—as I remembered well from high school chemistry—was in many of the vaccines my kids received.

In the intervening years, I came to realize that mercury is not the only toxin in vaccines, and that the vaccine program itself is needlessly aggressive, in place to maximize pharmaceutical profits rather than optimize the health of our nation’s children. I can’t unlearn what I know, and I can’t imagine keeping this information to myself. The public deserves to know the truth about what is likely the largest medical scandal in the history of our country. The only way we can protect future generations is to speak the truth about today’s vaccine injured children, as long and as loudly as we have to.