The following is a transcript of this podcast. Robert F. Kennedy Jr.: I’ll tell you what was happening. This computer was committing a civil disobedience. Something to do with you. I’m sure. Vandana Shiva: I’m sure. I’m sure. For 15 years, the Monsanto’s of the world have tried so hard. It’s a miracle some communication […]

Bill Gates and Neo-Feudalism: A Closer Look at Farmer Bill

Bill Gates has quietly made himself the largest owner of farmland in the United States. For a man obsessed with monopoly control, the opportunity to also dominate food production must seem irresistible.

Part 1 of a two-part series takes a deep dive into the history of the CIA’s central role in orchestrating news and editorial coverage in America’s most influential liberal national media outlets — and its continued hold today.

Robert F. Kennedy, Jr.’s new book, “The Real Anthony Fauci,” includes a revealing transcript — printed here — of a conversation with Dr. Andrew Hill, who admitted to caving to pressure to downplay the benefits of ivermectin as a COVID treatment.

In an episode of “Conversations That Matter,” Robert F. Kennedy, Jr., author of “The Real Anthony Fauci,” told host Alex Newman that Fauci has a “dark history” that must be exposed.

Robert F. Kennedy, Jr.’s recent speech in Milan, Italy shines a light on the role of the Central Intelligence Agency in pandemic planning over the last 20 years.

Scientists who authored a report on nitrogen fertilizer said Bill Gates is “just plain wrong” when he says the only way to grow food is with synthetic fertilizers. Their research also suggests the climate impact of nitrogen fertilizers is much worse than previously estimated.

According to MintPress News, the Bill & Melinda Gates Foundation donated at least $319 million to fund media projects at hundreds of organizations including CNN, NBC, NPR, PBS and The Atlantic, raising questions about those news outlets’ ability to report objectively on Gates and his work.

In interviews just days apart, Bill Gates and Dr. Anthony Fauci admitted COVID vaccines aren’t effective, but both suggested the solution is to give more boosters to more people.

The Term ‘Vaccine Hesitancy’ Is Patronizing and Presumptuous. Here’s Why.

Vaccine hesitancy encodes a smug certainty that official messaging on the vaccines is reliable, that reigning medical paradigms are sound and that the knowledge medical science produces is trustworthy — none of which is true.

The titans of global capitalism, including Bill Gates, are exploiting the COVID crisis to institute social credit-style digital ID systems across the West.

Sen. Warren Sued for Pressuring Amazon to Stop Selling ‘The Truth About COVID-19’

Dr. Joseph Mercola and Ronnie Cummins, authors of “The Truth About COVID-19,” along with the book’s publisher, Chelsea Green, and Robert F. Kennedy, Jr., who wrote the foreword, today sued Warren, alleging she violated the First Amendment by pressuring Amazon to stop selling the book.

‘Our Country Is Under Attack’: RFK, Jr. Speaks on CIA and Totalitarianism

Robert F. Kennedy, Jr., Children’s Health Defense chairman, last month spoke at the 2021 Ron Paul Institute “Pandemic and the Road to Totalitarianism” conference where he called for Americans to stand up and protect the U.S. Constitution.

Part 2: Moderna Had a Long History of Failure. Then Along Came COVID.

COVID erased the regulatory and trial-related hurdles that Moderna could never surmount before. Yet, how did Moderna know months before anyone else that COVID would create those conditions?

The 17 members of the U.S. Food and Drug Administration’s Vaccines and Related Biological Products Advisory Committee who voted 17-0 in favor of authorizing Pfizer’s COVID vaccine for kids ages 5 to 11 all have deep ties to pharma.

The wealthy elite travel to the World Economic Forum’s annual meetings via a steady stream of private aircraft to discuss issues like global sustainability, but their real plan is to usher in stakeholder capitalism, in which private corporations — not elected leaders — become “trustees of society,” putting your privacy and data, your food and your freedom at risk.

The Rockefeller Foundation and the New York Stock Exchange recently created a new asset class that will put not just the natural world but the processes underpinning all life, up for sale under the guise of promoting “sustainability.”

Don’t Be Fooled: Lab-Grown Meat Is a Disaster in the Making

Fake meats aren’t about your health or a healthy environment — they’re a tool to phase out farmers and ranchers and replace them with an ultra-processed food product that can be controlled by patents.

Bill Gates rebranded himself when he launched the Bill & Melinda Gates Foundation, but what Gates promotes as “philanthropy” is really a scheme to further enrich himself.

Defenders of vaccination insist that indisputable, objective medical facts have determined the approach to the pandemic. Their dogmatic arguments are based on the false assumption that COVID is an enemy to be eradicated, and the vaccine is the singular weapon of choice.

The billion-dollar Alliance for a Green Revolution has “unequivocally failed in its mission” and “harmed broader efforts to support African farmers,” said 200 groups in a letter to the Bill & Melinda Gates Foundation, the U.S. Agency for International Development and other donors.

“TrustWHO,” a documentary film produced by Lilian Franck, reveals the clandestine influences — including Bill Gates’s role as No. 1 funder — controlling the World Health Organization, to the peril of public health.

Russell Brand Brand points out the ludicracy of glamorizing people like Jeffrey Epstein and Bill Gates and their so-called philanthropic work, which Brand calls “a shield for corruption.”

The Centers for Disease Control and Prevention Wednesday released three studies on the effectiveness of the Pfizer and Moderna vaccines. A UK study released Tuesday showed people with “breakthrough” infections carry as much virus as the unvaccinated.

In my latest book — “The Real Anthony Fauci: Bill Gates, Big Pharma, and the Global War on Democracy and Public Health” — I take an in-depth look at the disastrous consequences of Dr. Anthony Fauci’s 50-year reign as America’s public health czar. The book, which will be released Nov. 16, is available now for pre-order. 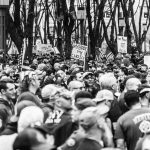 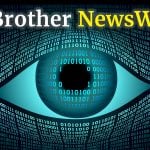