Investigation reveals $34.6 million of the just-under $39 million EcoHealth Alliance received in Pentagon funding from 2013 to 2020 came from the Defense Threat Reduction Agency, a branch of the DOD tasked to “counter and deter weapons of mass destruction and improvised threat networks.”

The latest episode of The Hill’s “Rising” focused on a bombshell letter from the National Institutes of Health acknowledging the agency funded the nonprofit EcoHealth Alliance to conduct gain-of-function research at the Wuhan Institute of Virology, despite claims to the contrary by Dr. Anthony Fauci.

Two investigations are underway, one by WHO and one by The Lancet’s COVID-19 commission. Peter Daszak, EcoHealth Alliance president, is involved in both, despite his ties to the Wuhan Institute of Virology and involvement in controversial gain-of-function research.

Since 1999, at least 4,000 patents involving coronavirus have been filed, including patents detailing key features of the so-called “novel” SARS-CoV-2 virus. In 2002, Ralph Baric, Ph.D. and colleagues at the University of North Carolina, Chapel Hill, filed a patent on recombinant coronavirus, and within a year, we got the world’s first SARS outbreak.

Lancet Investigation Into Origin of Pandemic Shuts Down Over Bias Risk

The work of a task force commissioned by the Lancet into the origins of COVID-19 has folded after concerns about the conflicts of interest of one its members and his ties through a nonprofit organization to the Wuhan Institute of Virology.

A group of virologists in February 2020 published a letter in The Lancet stating they “overwhelmingly conclude that this coronavirus originated in wildlife.” Twenty-six of them had ties to China’s Wuhan Institute of Virology, which is at the heart of the controversy over its gain-of-function research using bat coronaviruses.

A multimillion-dollar bat coronavirus research grant, funded by the National Institutes of Health, revealed that researchers in Wuhan, China manipulated coronaviruses in ways that led to increased severity of infection.

Fauci Lied to Congress — Will DOJ Hold Him Accountable?

Paul Thacker, a former investigator with the U.S. Senate, says Dr. Anthony Fauci lied to Congress — a federal offense punishable by up to five years in prison — when he claimed he’s never funded gain-of-function research.

The Chinese and international searches for SARS-CoV-2-related coronaviruses were supposed to reveal a zoonotic origin and refute a lab leak (Anderson et al., 2020). Instead, they have achieved the almost direct opposite.

According to emails obtained by U.S. Right to Know, four U.S. virologists who published a widely cited commentary rebutting the theory that SARS-CoV-2 might have been engineered in a lab, privately acknowledged they could not “rule out the possibility” of a lab leak.

How Fauci, Other Scientists Muzzled the COVID Lab-Leak Theory

Ian Birrell, foreign reporter and columnist for Unherd, analyzed the circumstances — and who orchestrated them — that led to a near-complete blackout of questions about SARS-CoV-2’s origin.

The COVID Lab Leak Hypothesis: Did the Media Fall Victim to a Misinformation Campaign?

The theory that SARS-CoV-2 may have originated in a lab was considered a debunked conspiracy theory, but some experts are revisiting it amid calls for a new, more thorough investigation. Paul Thacker explains the dramatic U turn and the role of contemporary science journalism.

Kiera Butler, reporter for Mother Jones, has run what Center for Food Safety’s Andrew Kimbrell describes as a biased, agenda-driven piece that seeks to bash anti-GMO critics for raising concerns over COVID origin.

Did COVID-19 Leak From a Lab? The World Has a Right to Know the Truth.

The question of whether the virus leaked from a lab is not just a technical debate — it raises deep public policy, legal, ethical and cultural questions.

Sen. Grassley: ‘We the People Have an Absolute Right to Know Everything the U.S. Government Knows About the Origin of the Virus’

Iowa Senator Chuck Grassley said research on coronaviruses conducted at the Wuhan Institute of Virology “could have strengthened the virus to the version that caused the global pandemic.”

The National Institute of Allergy and Infectious Diseases has funded controversial gain-of-function research on bat coronaviruses at the Wuhan Institute of Virology, but the institute’s director, Dr. Anthony Fauci denies such funding occurred.

Could four key public health officials have been intimately involved in the creation of the pandemic, as well as the prolongation and improper treatments used during the pandemic?

Many legacy journalists now find themselves in the uncomfortable position of being called out for their collusion with people who have worked to deceive the public about the possibility that SARS-CoV-2 originated in a lab.

In March, the Wuhan Institute of Virology deleted mentions of its collaboration with the National Institute of Allergy and Infectious Diseases, directed by Dr. Anthony Fauci. It also deleted descriptions of gain-of-function research on the SARS virus.

Once dismissed as a conspiracy theory, the idea that the COVID virus escaped from a Chinese lab is gaining high-profile attention, but obstacles abound in the quest for truth and transparency.

Saager Enjeti, host of “The Hill’s Rising With Krystal and Saagar,” discusses an admission from a former New York Times science journalist who said he initially refused to investigate the COVID lab-leak theory because he trusted the word of Dr. Anthony Fauci and other industry players. 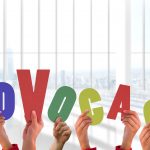 The COVID vaccine is NOT safe or effective

The COVID vaccine is NOT safe or effective