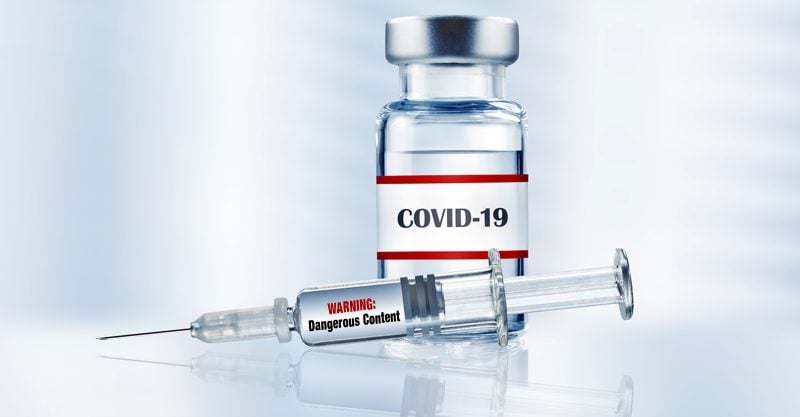 Among the 100 or so global players now working on experimental Covid-19 vaccines, most of the entities touted as frontrunners are obscure biotechnology and nanotechnology firms. Despite their focus on razzle-dazzle “next-generation” technologies that private foundations, the U.S. government and the military apparently find alluring, few of these companies have any prior experience successfully bringing vaccines to market.

In contrast, some of the biggest and most experienced vaccine manufacturers in the U.S. and globally, including Merck, Sanofi and GlaxoSmithKline (GSK), seemed, until recently, to be missing in action—“conspicuously absent” from the frontrunner lists. In May, a Merck executive explained the relative silence this way: “It’s not that the company wasn’t working on the problem, . . . but that it simply wasn’t ready to speak.” Meanwhile, GSK—which leads the world in global vaccine revenues—has been casting itself as the wise old granddaddy in a sea of impetuous upstarts, modestly stating its preference for “the slow and steady approach of focusing on an established technology that has the best chance of reaching the widest possible demographic.”

In late spring, GSK apparently decided to reverse its tortoise-like approach and stepped boldly out of the shadows. After having already made its “established technology”—that is, GSK’s “pandemic vaccine adjuvant system”—available to several regional players earlier in the year, a splashy mid-April announcement reported that GSK would override its ordinarily fierce competition with Sanofi to embark on a Covid-19 vaccine joint effort, pooling both know-how and manufacturing capacity with the French pharma giant. Under this “unprecedented” arrangement, Sanofi will provide the coronavirus antigen while GSK ponies up its trademark AS03 adjuvant system.

Adjuvants get marketed to the public as a tool to “turbo charge” the recipient’s immune response, but they are immensely attractive to vaccine manufacturers for a different reason: adjuvants are “antigen sparing,” meaning they “cut the amount of antigen that is needed to create effective vaccines.” This benefit is “particularly sought after during pandemic outbreaks as it enables more people to be vaccinated using available antigen supplies.” In late May, right on cue, GSK declared that it would be producing one billion doses of AS03 “to support the development of multiple adjuvanted COVID-19 vaccine candidates.”

For many decades, aluminum was the only adjuvant used in vaccines. In the 1990s, however, vaccine scientists sought to overcome the perceived limitations of single adjuvants and began tinkering with adjuvant systems—powerful combinations achieved by “mixing and matching” different immunostimulants. GSK has since made it a top business priority to develop adjuvant systems that it not only folds into its own vaccines but can potentially market to other companies as it is currently trying to do with Covid-19.

Although GSK has developed three different adjuvant systems (AS01, AS03 and AS04) and all three have made their way into various GSK vaccines around the world, only one of these systems (AS01) is currently in general use in the United States in the Shingrix vaccine marketed to adults over age 50. The Cervarix vaccine for human papillomavirus (HPV), which contains AS04, is no longer used in the U.S. Thus, GSK would be more than happy for the chance to broaden its adjuvant technology’s U.S. market share by incorporating AS03 into a widely recommended Covid-19 vaccine.

Up until now, the only approved U.S. vaccine to contain AS03 is an H5N1 “bird flu” vaccine included only in the U.S. government’s National Stockpile—for distribution when and if needed. An AS03-containing Covid-19 vaccine would represent, therefore, the first time this type of adjuvant would reach the U.S. general population—children and adults alike. As distinct from GSK’s other two adjuvant systems, AS03 is an “oil-in-water emulsion,” containing synthetic squalene oil, polysorbate 80 (a synthetic, detergent-like surfactant and emulsifier) and synthetic vitamin E. Though industry researchers dispute it, squalene was flagged as a likely problem in studies of Gulf War Syndrome patients who received squalene-containing vaccines. Likewise, polysorbate 80 has raised concerns due to its deleterious effects on female reproductive organs and cell permeability as well as its propensity for oxidative degradation—a “major quality concern.”

AS03 played out quite differently in Europe, where it featured prominently in GSK’s Pandemrix H1N1 “swine flu” vaccine—widely administered in 2009-2010. The U.S. never licensed Pandemrix. In 2010, after Pandemrix received fast-tracked approval from the European Medicines Agency (EMA) under special rules for declared pandemics, an unusually high number of young people—an estimated 1300 in all—developed severe narcolepsy, “all but wreck[ing] normal life.” As Children’s Health Defense has summarized previously:

Some of the current news coverage about GSK’s Covid-19 vaccine partnerships admits that the potent AS03 adjuvant system represents an “unresolved safety concern.” However, GSK dismisses these concerns by suggesting that the risks seen with Pandemrix were an “extremely rare coincidence” associated with “a similarity between a protein in the wild type H1N1 virus and a human protein relevant in regulating the sleep cycle.” On the other hand, researchers have pointed out that the “immunological mechanisms of action” of vaccine adjuvants remain woefully understudied, which makes it difficult to predict how AS03 will behave when paired with an entirely new antigen and production process.

In late June, Yahoo! Finance reported that GSK’s stock market shares had declined 12.5% in the year-to-date against a 1.8% increase in the large-cap pharmaceutical industry. However, the announced manufacture of one billion doses of AS03—compared to the 700 million vaccine doses that GSK produces in a typical year—suggests that GSK is betting big on Covid-19. Developing partnerships with multiple companies, including its behemoth rival Sanofi, and focusing on what it considers (ignoring Pandemrix) to be a “proven technology” appears to be “GSK’s answer to minimising the risk of failure” and having “several shots on goal.” As The Guardian wryly reported, “Two companies joining forces, rather than competing, in a vaccine effort is extremely unusual,” but “the potential scale of the market is also not a typical situation.”

President Trump’s May appointment of Moncef Slaoui to head up Operation Warp Speed (the White House initiative launched to speed up U.S. coronavirus vaccine development and distribution) furnishes an additional hint that GSK is well-positioned to profit from Covid-19. Slaoui is a 30-year GSK veteran who closed out his Glaxo career as head of the company’s global vaccines business and who is credited with having “spearheaded a profound overhaul of GSK’s pharmaceutical R&D” and developed a “robust vaccines pipeline.” It so happens that Slaoui is also one of the world’s experts in “electroceuticals”—a burgeoning field that seeks to introduce electrical impulses into the brain via nanotechnology, microdevices, microchips, implants and other forms of brain-machine interfaces. Given how closely these technologies align with the dystopian agenda of vaccine technocrats like Bill Gates, it would probably be wise to keep a close eye on what Slaoui and GSK get up to in the coming weeks and months.